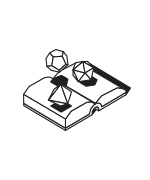 This piece captures the movements of a runner through space and time into a single frame. The object results from modeling multiple instances of a body in motion, and combining them into a single complex object that can only be manufactured with 3D Printing.

Peter Jansen was born in Nijmegen, the Netherlands, in 1956. The son of an inventor, he developed a unique way of looking at the world.

After studying mathematics, physics and philosophy and working in education, he returned to his original interest in art, and taught himself to work with metal and wood. Beginning in 1992, he began making sculptures in bronze and then in 2005 discovered computer design which sent his creativity in an entirely new direction.

Among a select group of artists in the Netherlands, Peter used highly specialized software as a medium to create virtual objects and then transpose them, via rapid prototyping, to solid, three-dimensional sculptures. From mathematical point clouds of dots, he created new virtual worlds in which to explore the interrelation of movement and space. The shapes that resulted from this approach are sculptures that fit well in urban public spaces, office buildings and other interior areas, as well as in the open air.

Sadly, Peter passed away in 2011, leaving behind an unforgettable legacy of design.  He will be missed.