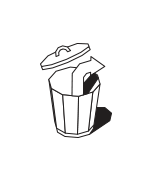 The PS desk lamp combines 3D-printed parts with standard raw materials. Each software-generated component adapts in size and shape to the material it will accompany. As a result, the lamps can be produced anywhere, using locally available materials.

Jesse Howard is an Amsterdam-based designer/researcher focused on creating objects that question the established relationship between designers, producers, and users and, as a result, speculate on new systems of making. He graduated from the designLAB at the Gerrit Rietveld Academie in Amsterdam.

Kirschner3d is a studio run by two brothers, located in the southern part of the Netherlands, dedicated to 3D print design. Their goal is to challenge the notion that “in the future, everybody can print” and replace it with the idea that “today, I can print…”. By designing 3D-printed parts through the most cost-effective method possible (FDM), while making every design parametrically programmed, the imagined, far away concept of accessible tailor-made objects should become a reality in the near future.