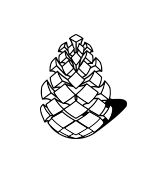 Programming Behavior Into Materials A Difference In Making

These programmable materials transform their shape and property autonomously. They consist of material compositions that are designed to become highly dynamic in both form and function.

Skylar is a member of the faculty in the Department of Architecture, where he teaches graduate and undergraduate design studios and co-teaches “How to Make (Almost) Anything”, a seminar at MIT’s Media Lab, with Neil Gershenfeld. Skylar was recently awarded a 2014 Inaugural WIRED Fellowship, a 2014 Gifted Citizen award, a Fast Company Innovation by Design Award in 2013, a 2013 Architectural League Prize, The Next Idea Award at Ars Electronica 2013, the Visionary Innovation Award at the Manufacturing Leadership Summit, a 2012 TED Senior Fellowship, and was named a Revolutionary Mind in SEED Magazine’s 2008 Design Issue